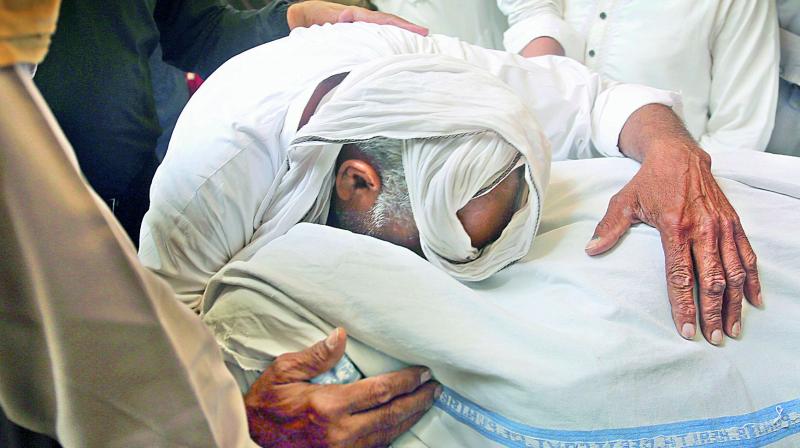 Lahore: A suicide blast at one of Pakistan’s oldest and most popular Sufi shrines killed at least 10 people and wounded 24 in the eastern city of Lahore on Wednesday, police said, in an attack claimed by the Pakistani Taliban.

The blast – which a faction of the militant group claimed by email – occurred near the entrance gate for female visitors to the 11th-century Data Darbar shrine, one of the largest Sufi shrines in South Asia, as the country marks the Islamic holy month of Ramadan.

Husks of vehicles littered the pavement near the shrine as first responders rushed to the scene while armed security forces fanned out in the area. The emergency room at the Mayo Hospital in Lahore was crowded with the wounded, and people searching for loved ones.

Among them was Azra Bibi, whose son Muhammad Shahid cares for visitors’ shoes – which must be removed before entering. He has been missing since the blast, she said.

“They are not Muslims,” she said, referring to the attackers. “They even targeted worshippers.” The shrine has long been home to colourful Sufi festivals and a prime destination for the country’s myriad Muslim sects, making it a soft target for militant attacks.

It has been targeted previously, in a 2010 suicide attack which killed more than 40 people.

Since then the area has been increasingly hemmed in by heavy security, with visitors forced to pass through several layers of screening before they can enter the complex. Sufi worshippers have frequently been the target of bloody attacks in Pakistan.