8 killed, 25 injured in an explosion near Data Darbar in Pak’s Lahore 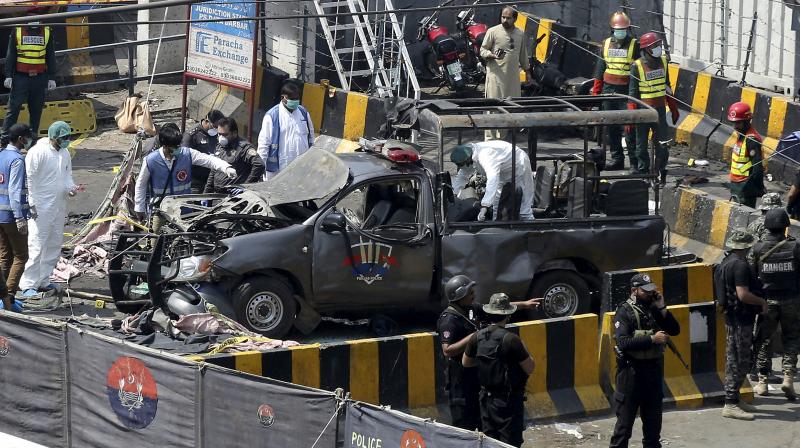 Lahore: Eight people were killed and 25 others injured in an explosion that targeted a police vehicle near the shrine of Data Darbar in Lahore on Wednesday morning.

The blast took place close to a police van near Gate 2 of the Data Darbar shrine, one of Lahore’s most popular shrines. The shrine is located in a densely populated area of the city.

Punjab Inspector General of Police Arif Nawaz told reporters: “There is no doubt it was an attack targeting the police.” He explained that the police are posted near the shrine to provide security round-the-clock. The blast took place at 8:45am, he said.

Three elite police force officials were killed in the blast. A civilian and a security guard also lost their lives in the attack.

Police officials said that eight of the people injured in the blast were in a critical condition. The wounded have been shifted to the Mayo Hospital. After the blast, entry to the Data Darbar has been restricted and devotees who were inside the shrine have been evacuated from a back door.