Amitabh Bachchan would have been better pick for PM: Priyanka’s jibe at Modi 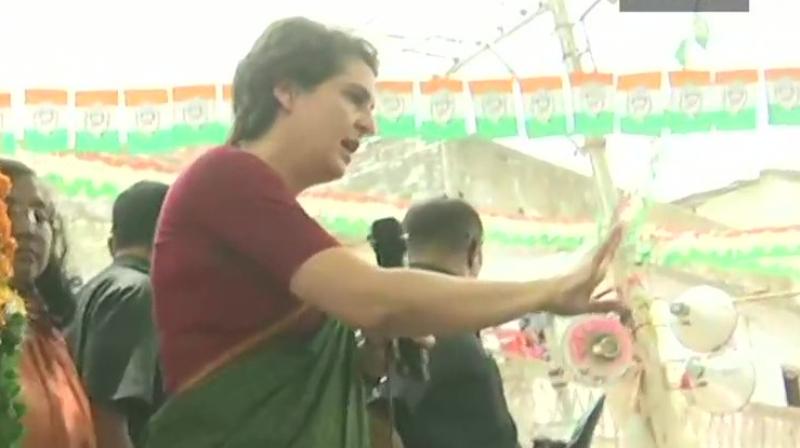 Addressing the ebullient gathering, Priyanka told people that it would have been great if you had chosen veteran actor Amitabh Bachchan as the Prime Minister.

“You have chosen the greatest actor as Prime Minister. It would have been better if you had made Amitabh Bachchan as Prime Minister, anyhow they will not do anything for you,” she said candidly.

Priyanka held a roadshow in Mirzapur to show the strength of the party before campaigning ends for the last leg of the ongoing Lok Sabha polls this evening.

Priyanka was campaigning for Congress leader from the constituency, Lalitesh Pati Tripathi, who was also present during the roadshow.

Perched atop an open vehicle decorated with marigold flowers, Priyanka and Tripathi waved at the cheering crowd amid slogans like ‘chowkidaar chor hai’. The Congress banners adorned the road.

Attacking Modi and his policies, Priyanka during her roadshow said, “Youth are unemployed. Farmers are suffering. So far, 12, 000 farmers have committed suicide. I believe he is not a leader but an actor.”

People jostled to get a glimpse of Priyanka and many showered rose petals on her vehicle as soon as she passed by.

Priyanka was seen waving and smiling to the cheering crowd under the scorching heat.

Thirteen parliamentary constituencies of the state will go to polls on May 19 in the seventh and last phase of the Lok Sabha elections. The results will be announced on May 23.