‘BIBI’ HAS DONE NOTHING FOR PUNJAB BUT CREATE PROBLEMS, SAYS CAPT AMARINDER 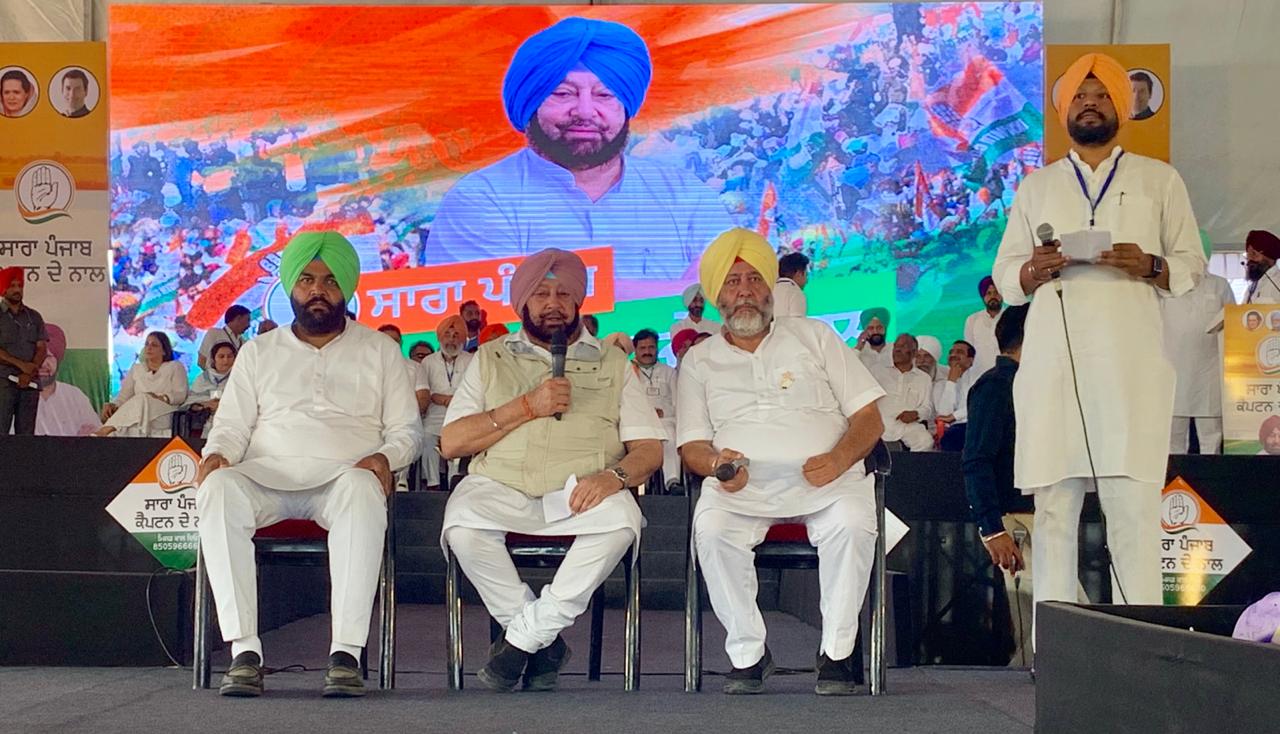 Punjab Chief Minister Captain Amarinder Singh on Monday put Akali leader and Union Minister Harsimrat Kaur Badal in the firing line, saying she had done nothing but create problems for Punjab as part of the central government.

The Bharatiya Janata Party (BJP) led government at the Centre did not care for Punjab or its people and had done nothing for the state, said the Chief Minister, adding “This Bibi, failed to do anything for her own state despite being a part of the union government.”

Captain Amarinder Singh was taking questions from members of the public who had gathered here in support of Congress candidates for Khadoor Sahib and Amritsar, Jasbir Singh Dimpa and Gurjit Singh Aujla.

Captain Amarinder Singh, in response to a question about the slow lifting of grains at the Mandis, lashed out at the Centre for the problem, which he blamed on shortage of gunny bags. “Our opponents have adopted a new trick to create problems for us, they have diverted gunny bags to Haryana, where their own party is in power. They obviously want to demean the Congress government in Punjab and boost the BJP’s prospects in Haryana with these shameful actions,” he said.

This had evidently been done at the behest of the Badals, said the Chief Minister, adding that the Centre had no business diverting the bags. His government, said Captain Amarinder, will ensure there is no problem and will do everthing in its power to resolve the problem.

The Chief Minister was unequivocal in his criticism of the Akalis, who he said should be ashamed of the 113 incidents of sacrilege that took place during their tenure. They allowed the desecration of Sri Guru Granth Sahib and Gutka Sahib, as well  scriptures of other religions, in a bid to create disharmony and division to further their political interests, he said, asserting that they would pay for their actions.

In response to a complaint about schedule L drugs being sold by medical stores and chemists, the Chief Minister promised strict action and asked the complainant to send specific information, if any. He pointed out that lakhs of youth were in the grip of drugs when the Congress came to power. The previous government did nothing to check the problem while his government had set up SIT, which had arrested more than 26000 peddlers. The addicts were being treated at the clinics opened by his government, said Captain Amarinder.

On the 5 marla plots promised to rural homeless families, the Chief Minister said his government had already announced 1,32,620 plots, with specific targets given to DCs to allot at least 10 plots in those villages where land was available with the Panchayats.

The Chief Minister reiterated is commitment to the fulfilment of all promises, and pointed out that farm debt waiver was also being implemented in phases despite the precarious fiscal condition of the state.

On the pathetic water situation in the state, the Chief Minister stressed on crop diversification as the only solution, for which the Centre would also need to help by announcing MSP for crops other than wheat and paddy. The MS Swaminathan Commission report needed to be implemented in toto, he added.