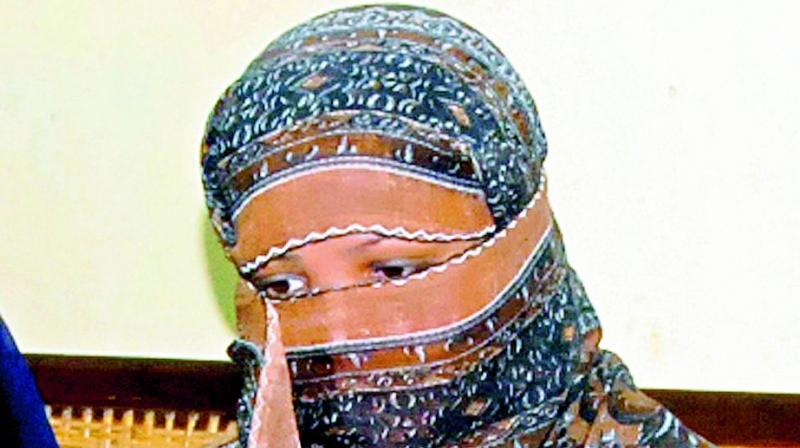 Islamabad: Aasia Bibi, a Pakistani Christian woman who was freed from death row by the Supreme Court in a high-profile blasphemy case that polarised the society, has quietly left the country and reunited with her family in Canada, her lawyer said on Wednesday.

Bibi, a mother of four from Punjab province, was taken out of the Muslim-majority country after repeated death threats from religious extremists, following the quashing of her conviction for blasphemy last year.

The 47-year-old mother of four was convicted in 2010 after being accused of insulting Islam in a row with her neighbours. She always maintained her innocence, but has spent most of the past eight years in solitary confinement.

“Aasia Bibi has left the country. She is a free person and travelled on her independent will,” a source in the foreign office was quoted as saying by the Dawn newspaper.

Bibi’s counsel Saiful Malook confirmed that she has reached Canada.

“It is a big day. Asia Bibi has left Pakistan and reached Canada. She has reunited with her family. Justice has been dispensed,” he said.