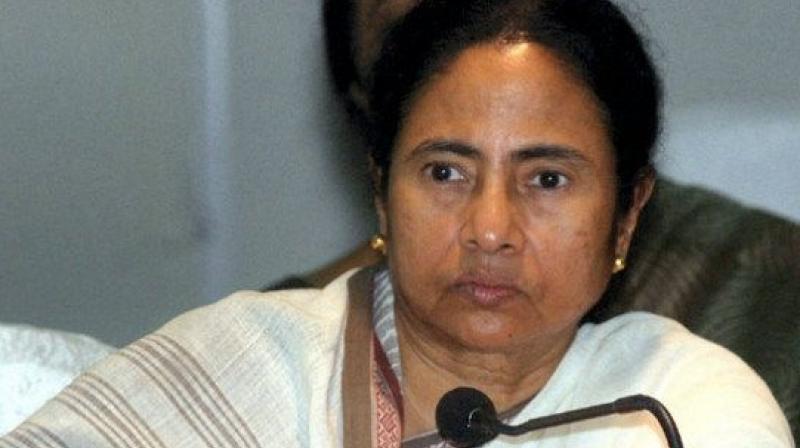 Ashoknagar: West Bengal Chief Minister Mamata Banerjee Friday alleged that BJP is using the hawala route to transfer money for distribution among the voters and law enforcing agencies are not taking any action in this regard.

“The money is being transported under Z plus security and is changing hands through the hawala route among the people,” she said at a poll meeting here in support of TMC’s Barasat Lok Sabha seat candidate Kakoli Ghosh Dastidar.

“This operation is being carried out by BJP during the night when campaigning is over. It is surprising that no enforcing agency is taking any action. We need to keep a watch on this”.

Banerjee said that a BJP candidate was even caught carrying crores of rupees – a reference to the police seizing Rs 1.13 lakh from the vehicle of the saffron party’s candidate and former IPS officer Bharati Ghosh late Thursday night at Pingla area in Bengal’s West Midnapore district.

BJP, she alleged, was employing contractors to bring in people and is giving money to them for getting votes.

The Trinamool Congress supremo said that when Prime Minister Narendra Modi lands at any place in a helicopter, no media person is allowed to be near it.

“Why is this so?” she asked. Hitting out at Modi, Banerjee, who is among his severest critics, said he has been campaigning extensively in the state.