Canadian among those killed in floatplane crash in Alaska 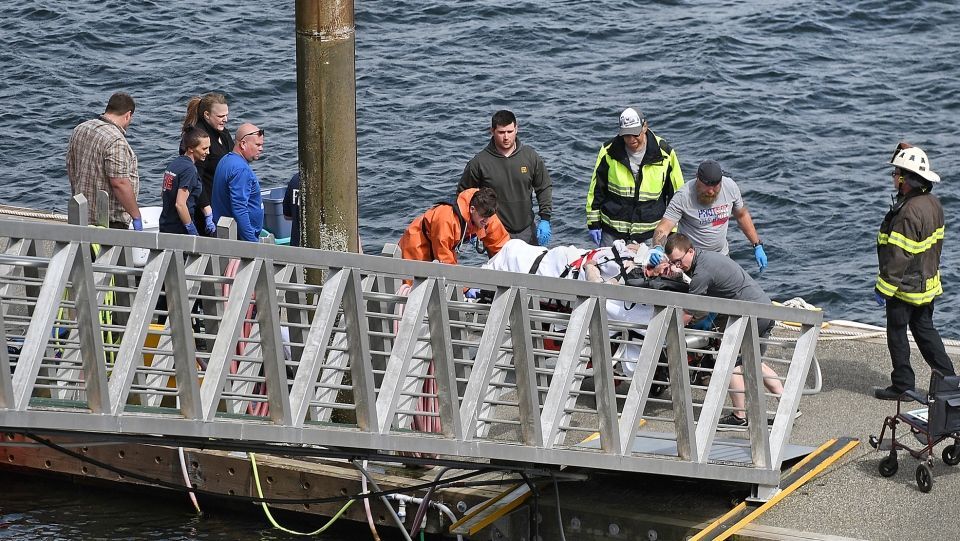 VANCOUVER — A Canadian killed Monday in a mid-air collision involving two sightseeing planes in Alaska is one of two people still missing, Princess Cruises says in a statement.

The California-based company said Tuesday the Canadian and an Australian had not been located after their single-engine de Havilland DHC-2 Beaver collided with a float plane carrying 11 people near Ketchikan.

Princess Cruises said rescue efforts were continuing for the unnamed Canadian and Australian, but Global Affairs Canada confirmed the Canadian was among those killed.

The department said the name or hometown of the victim was not being released for privacy reasons.

The United States Coast Guard had earlier said four bodies had been recovered – three from the smaller float plane and one from the larger plane – while 10 survivors were being treated for injuries at a hospital in Ketchikan.

“One aircraft, operated by Taquan Air, was flying a shore excursion sold through Princess Cruises,” the company statement said.

The Royal Princess left Vancouver bound for Anchorage on Saturday and is scheduled to return to Vancouver on May 25.

Princess Cruises spokesman Brian O’Conner said the company was extending its full support to investigating authorities as well as to the travelling companions of the guests involved.

“We immediately activated our Princess Care Team employees in the region and sent additional team members to Ketchikan overnight to assist the families impacted,” O’Connor said in the statement.

The company also confirmed that the three victims recovered from the crashed Beaver, including the pilot, were U.S. citizens, as were all the passengers aboard the Taquan Air flight.

It’s not known how the planes collided. National Transportation Safety Board investigators were on their way from Washington, D.C., to the crash site.

A safety board official said they were due to reach the scene at about midday Tuesday.

Global Affairs Canada said in an email that Canadian consular officials in Seattle were in contact with local authorities to gather additional information and stood ready to provide assistance as required.

“Our thoughts and sympathies are with the family and loved ones of the Canadian citizen who died in Alaska,” the email said.