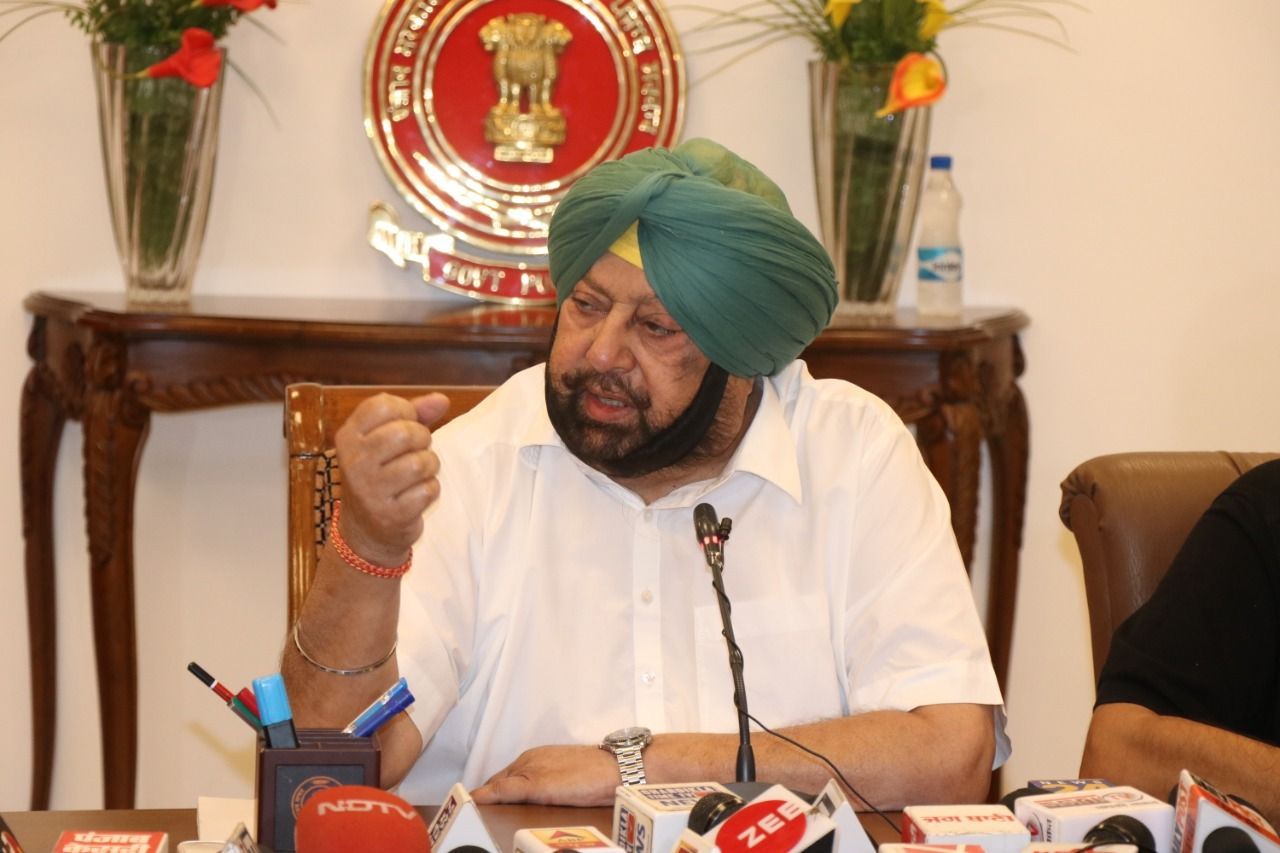 Chandigarh, May 23: Punjab Chief Minister Captain Amarinder Singh on Thursday said he would soon take up with the Congress high command the issue of Navjot Singh Sidhu’s damaging remarks ahead of polling in Punjab, which he said might have affected the party’s performance in Bathinda.

Though he refused to comment directly on the possible impact of Sidhu’s comments on the Congress performance in Punjab, Captain Amarinder said as a minister, Sidhu’s own performance needed to be reviewed. Asserting that Sidhu had not been able to handle his department, the Chief Minister made it clear that he intended to take up the issue with the high command once things have settled down in the party, post the election results.

The Congress in Punjab performed poorly in urban areas, and Sidhu was the minister for urban development, Captain Amarinder pointed out, adding that while everyone had the right to promote themselves in a democracy, it was wrong on his part to made the controversial comments once the battle had started.

Referring to Sidhu’s remarks on the investigation into the sacrilege cases, the Chief Minister said the minister evidently did not understand that the SIT was set up by the Vidhan Sabha and it was thus the body which had to complete the probe.

The Chief Minister also reiterated that Sidhu’s ‘yari and jhappi’ (friendship and hugs) with the Pakistani Army Chief would not be tolerated, especially by Army personnel, who were being killed by ISI-backed terrorists while he was going hugging their leaders.

Captain Amarinder rejected the suggestion of detrimental impact to the Congress by party leader Pratap Singh Bajwa, saying the party had won in the areas in which he was said to have some influence.

Thanking the Congress workers, its leaders and all Punjabi for the party’s victory in Punjab, Captain Amarinder said he would do everything to live up to the people’s expectations. Captain Amarinder said the Punjab Congress would introspect on why three areas in Bathinda proved to be weak for the party and also why Sunil Jakhar lost to Sunny Deol in Gurdaspur despite his hard work. “I do not understand the people’s preference for a Bollywood star over an experienced leader,” he said, hoping the Indian democracy would evolve more in the coming years.

On Hoshiarpur, the Chief Minister blamed the Congress defeat to votes being shifted to BSP, which proved a deciding factor in this constituency and affected the margins in some others.

Overall, the people of Punjab had responded to the government’s development and welfare programmes, including farm debt waiver and employment generation, said Captain Amarinder. Sacrilege certainly worked against Badal, he said to a question, adding that Hindutva did not impact the polls in Punjab.

On AAP’s Bhagwant Mann’s victory, the Chief Minister attributed it to his own standing and not to his party, which was politically completely eliminated.

Captain Amarinder trashed a suggestion that the Congress party’s nation-wide performance had raised questions on Rahul’s leadership, saying he had worked closely with Rahul, whom he found to be a fine leader. Winning and losing was part of the game, and if BJP could rise from 2 seats when Congress was over 300 seats in Lok Sabha, it can, and will rise, again, he asserted. The Chief Minister also rejected charges of dynastic politics by the Congress, saying Rahul was never thrust on the people but was duly elected.

The Chief Minister said while Modi had won the elections, he felt the prime minister should not do anything to destroy India’s secular credentials. He said he did not agree with the brand of nationalism being promoted by BJP, as every citizen of India was a nationalist and the nation’s strength lay in its diversity. He made it clear that giving Modi the credit for Balakot was totally wrong as other leaders before him, including Indira Gandhi in 1971, had taken such strong actions and given due credit to the armed forces.

In response to a question on EVMs, Captain Amarinder said he has first raised the issue when MS Gill was the chief election commissioner. No developed country was using EVMs, he pointed out, adding that the possibility of the machines being compromised could not be ruled out.