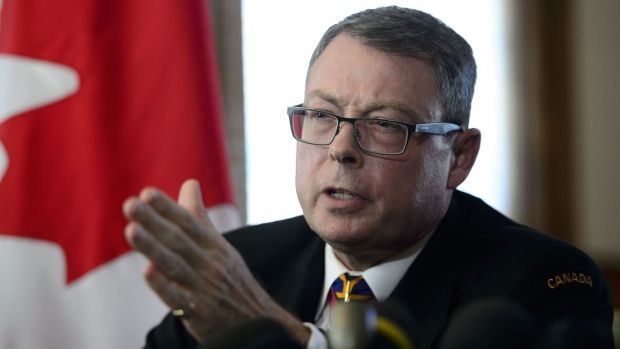 OTTAWA — Defence Minister Harjit Sajjan says he supported the chief of defence staff’s decision to suspend Vice-Admiral Mark Norman in 2017, more than a year before he was charged with breach of trust for allegedly leaking government secrets about military procurement.

But Sajjan told the House of Commons on Wednesday that the decision was Gen. Jonathan Vance’s alone.

The public prosecutor abruptly stayed the charges against Norman last week, fuelling opposition charges that the Liberal government interfered politically in the case. Sajjan systematically rejected those accusations Wednesday as he withstood a four-hour opposition grilling in the Commons about the case and other hot defence issues.

Sajjan insisted the Norman case was handled independently of the government “from start to finish” — beginning with Norman’s suspension and including the RCMP’s decision to charge him and the public prosecutor’s eventual decision to drop the matter.

“The chief of defence staff has full responsibility for the administration and command of the Canadian Armed Forces,” he told the Commons.

“When the decision was made, I supported it.”

Sajjan’s assertion led to a testy exchange with Conservative MP Leona Alleslev, a former Liberal and captain in the Royal Canadian Air Force, who accused Sajjan of shirking his responsibility.

“This is probably the most fundamental point of this entire conversation. Our democracy is based on the fact that a standing army is accountable to the elected official so that Canadians can trust that our military is not running rogue,” Alleslev said.

“If the minister of national defence is not going to assume his responsibility for ensuring the chief of defence staff behaves in accordance with the National Defence Act, then I would like to understand from the minister what precisely he thinks his role is.”

Sajjan added: “I’ll be honest with you, it is hurtful to hear this type of talk and insinuation that the military’s running rogue considering the tremendous work women and men do for us not only in Canada, but around the world.”

Vance’s decision was based on preliminary evidence gathered by the RCMP, which suggested Norman had leaked information aimed at thwarting a cabinet decision to review the previous Conservative government’s decision to award a $700-million supply ship contract to Davie shipyard in Quebec. The prosecutor last week said that new information supplied by Norman’s defence team prompted the decision to stay the charges.

Sajjan said it will also be up to Vance to now determine whether Norman will be reinstated to his former position as his vice chief or offered some other senior role.

On Tuesday, the House of Commons unanimously passed a motion recognizing Norman’s “decades of loyal service to Canada,” expressing regret for the hardships he endured as a result of the failed prosecution and apologizing to Norman and his family. Sajjan and Prime Minister Justin Trudeau had left the chamber before the vote.

Sajjan said Wednesday that he supports the motion, but would not accept opposition charges that the government was responsible for Norman’s ordeal.

“Like the rest of the chamber, I support this motion, but I want to assure my colleagues that this was the result of an independent process since the beginning.”