China invoke past wars, patriotism as trade war with US intensifies 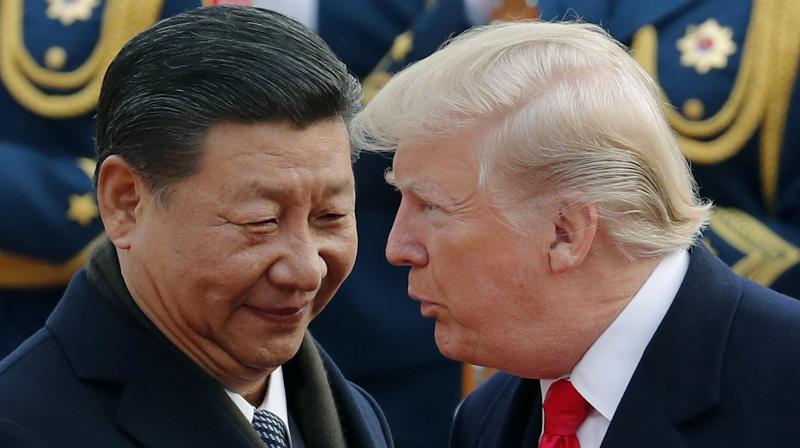 Beijing: The trade war with the United States will only make China stronger and will never bring the country to its knees, the ruling Communist Party’s People’s Daily wrote in a front-page commentary that evoked the patriotic spirit of past wars.

Beijing has yet to say whether or how it will retaliate to the latest escalation in trade tensions, which saw Washington put telecoms equipment giant Huawei Technologies Co Ltd on a blacklist that will make it extremely difficult for the telecom giant to do business with U.S. companies.

The world’s two largest economies are locked in an increasingly acrimonious trade dispute that has seen them level escalating tariffs on each other’s imports in the midst of negotiations, adding to fears about risks to global growth and knocking financial markets.

The United States is not sincere about wanting to resume trade talks with China and has damaged the atmosphere for negotiations with its recent moves, a state media social media account said.

Without sincerity there was no point in coming for talks and nothing to talk about, Taoran Notes, a WeChat account run by the Economic Daily, said in a post late on Thursday that was re-posted by the ruling Communist Party’s official People’s Daily.

China, which reported unexpectedly weak growth in retail sales and industrial output on Wednesday, also said on Friday that the impact of trade frictions on its economy was “controllable”.

“(We will) fully study the impact of the additional tariffs imposed by the United States, and promptly introduce countermeasures as needed to ensure that the economy operates within a reasonable range,” Meng Wei, a spokeswoman for the National Development and Reform Committee (NDRC), told a media briefing on Friday.

In Friday’s commentary, the ruling party’s official newspaper described China’s determination to protect its national interests and dignity as being as “firm as a boulder”.

Cargo containers are staged near cranes at the Port of Tacoma, in Tacoma, Wash. The 25% tariffs President Donald Trump has imposed on thousands of Chinese-made products have business owners trying to determine how or whether they can limit the damage to profits from the import duties. (AP Photo/Ted S. Warren, File)

Cargo containers are staged near cranes at the Port of Tacoma, in Tacoma, Wash. The 25% tariffs President Donald Trump has imposed on thousands of Chinese-made products have business owners trying to determine how or whether they can limit the damage to profits from the import duties. (AP Photo/Ted S. Warren, File)

“The trade war can’t bring China down. It will only harden us to grow stronger,” it said.

“What kind of storms have not been seen, what bumps have not experienced for China, with its more than 5,000 years of civilization? In the face of hurricanes, the nearly 1.4 billion Chinese people have confidence and stamina.”

Huawei’s Hisilicon unit, which purchases U.S. semiconductors for its parent, has been secretly developing back-up products for years in case Huawei was one day unable to obtain the advanced chips and technology it buys from the United States, its president told staff in a letter on Friday.

“Today, the wheel of destiny has turned and we have arrived at this extreme and dark moment, as a super-nation ruthlessly disrupts the world’s technology and industry system,” according to the letter.

Chinese state television has this week invoked a war theme, focusing on the 1950-1953 conflict between the two Koreas that saw Chinese troops back North Korea while the South was supported by the United States.

On Thursday, China Central Television replaced a program about the ongoing Asian Film and TV Week with a 1964 Chinese movie on the Korean War, “Heroic Sons and Daughters.”

On Friday night, the broadcaster will screen yet another Chinese war movie classic, “Battle on Shangganling Mountain”, the scene of a large-scale battle in North Korea, according to a post on its social media account.

The post received widespread approval from Chinese social media users, with one even asking when the broadcaster would air a movie on the attack on Pearl Harbor.

“Defeat the American imperialists!” another wrote.