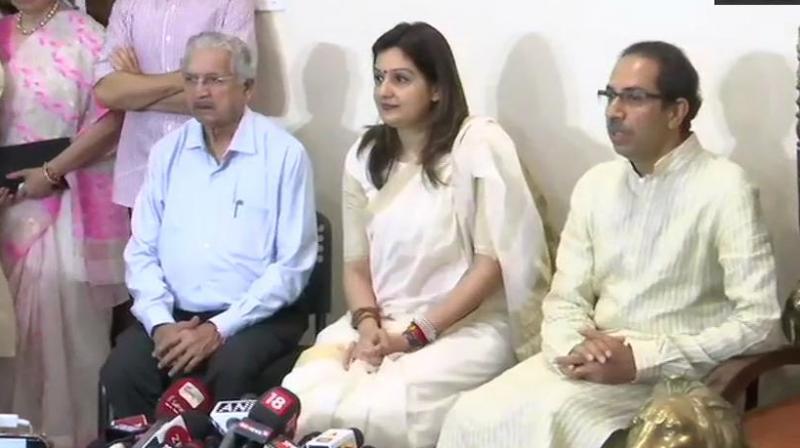 New Delhi: The Congress parties most vocal face, its national spokesperson and media cell convenor, Priyanka Chaturvedi quit the party on Thursday evening, a day after she had gone public with her anguish that the party had reinstated cadres who had misbehaved with a few days ago, sources said.

It was also learnt that Chaturvedi will join the Shiv Sena.

This is what Chaturvedi had tweeted on Wednesday.

She also removed from her introduction on her Twitter account about the posts she held in the party.

She was miffed at the reinstatement of some party workers in Uttar Pradesh who had threatened and misbehaved with her during her press conference in Mathura a few days ago. The party which had suspended those workers reinstated them on April 15.

Welcoming her to the party fold, Thackeray said Shiv Sena workers had got a “good sister” in Chaturvedi.