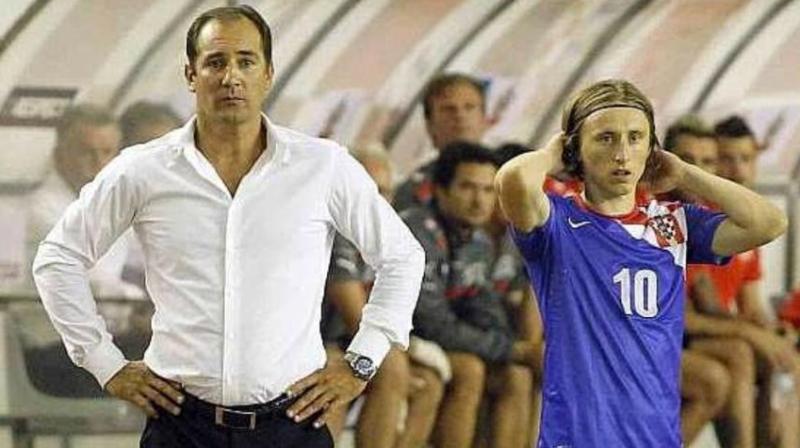 New Delhi: After the appointment of Igor Stimac as the head coach of the national football team, several players expressed their “happiness,” and welcomed the Coach from Croatia saying, Indian football “will benefit from his immense experience.”

Central defender Sandesh Jhingan said, “Stimac’s experience will be great for Indian Football, especially after what he has achieved with Croatia in 2014. At the moment, Croatia is ranked 5 in the FIFA ladder, besides being the FIFA World Cup finalists, and him being one of the pioneers of that process shows his positive vision.”

“Personally, it’s a big bonus for me. He was a central defender during his playing days and had such a great World Cup in 1998. So it’s an opportunity for me to learn a lot,” he added.

Jhingan also stressed on the importance of being patient, “Most importantly, it’s time for me and the entire squad to adapt to his system and believe in the process, and vision behind it. As a nation, we need to be patient, have a positive attitude, and support each other for more glories.”

“I’d like to extend a warm welcome to the new boss, Igor Stimac on his appointment as coach of the National team. He brings with him a tremendous experience of having coached on some of the biggest stages in football. We will do well to benefit from it,” wrote Chhetri in his first of a series of tweets.

Chhetri also mentioned that he has already spoken to the team.

“This will be a process, one towards which we will be giving nothing less than 100%. I’ve already spoken with the boys from the National team, and we have begun working on our fitness as we need to switch modes soon,” he said.

Chhetri concluded his series of tweets explaining, “When there is a change in guard at the helm, what doesn’t change is our desire to keep improving. What I am also assuming won’t change is the way all you fans have backed us. Let’s all turn to this new chapter.”

Meanwhile, goalkeeper Gurpreet Singh Sandhu said he is “really looking forward” to the camp in Delhi.

“I’m very excited, to be honest. We have a busy year coming ahead which is really good for us to keep developing as a team. We need games like the King’s Cup, and the Intercontinental Cup to challenge ourselves to grow. I’m really looking forward, and very happy. If we keep doing our jobs as we have in the recent past, I’m sure we will grow even more,” Sandhu said.

Defender Pritam Kotal said, “I’m very excited to have a new coach in the like of Igor Stimac. His experience will be a great addition to the team and we will look to go one better under his leadership.”