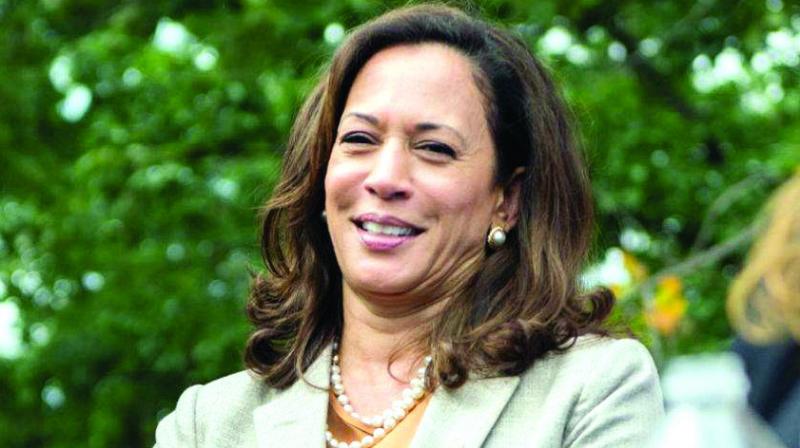 Washington: Kamala Harris, the first Indian-origin Senator castigated President Donald Trump’s merit-based immigration plan saying it was “short-sighted” and invoked her unique background as a Democratic candidate for the White House in 2020 — being the daughter of an Indian immigrant.

Trump on Thursday rolled out the system that would prioritise high-skilled workers over those who already have relatives in the country when determining who receives green cards.

Harris, Senator from California, criticised the proposal, which Democratic leaders have vowed to fight, saying that Americans routinely celebrate a “unified culture” and the US Constitution guarantees equality for all people.

“I found the announcement today to be short-sighted,” said the 54-year-old California Democrat, slamming the Trump plan before an Asian American audience in Las Vegas.

On the plan’s intention to award immigrants certain points based on education or skills, Harris said, “We cannot allow people to start parsing and pointing fingers and creating hierarchies among immigrants.”

Asians have historically immigrated as family units, Harris pointed out.

At an event hosted by an Asian American group, One APIA Nevada, Harris dove into her barrier-breaking election to the US Senate as the first South Asian to serve in the body”s history. She acknowledged her presidential run as a biracial woman helping to shatter notions about being black, Asian and a woman.

The first South Asian-American US senator in history – her mother is Indian, her father is Jamaican – Ms Harris said breaking barriers was more than about personal achievement as she eyed becoming the first woman commander in chief.

Trump and others have “perverted” the issue of immigration, Harris added, as she echoed her call for pathway to citizenship.

She noted how as California attorney general she had alerted county sheriffs that they were not required to comply with detainer requests by Immigration and Customs Enforcement.

In a light-hearted moment, an audience member asked Harris if she would commit to wearing a traditional Indian garment to her inauguration, known as a sari.

“Let’s first win,” Harris said, smiling. “My mother raised us with a very strong appreciation for our cultural background and pride. Celebrations that we all participate in regardless of how our last name is spelled. It”s the beauty of who we are as a nation.”

In her campaign stump speech, Harris always includes stories about how her mother, Shyamala Gopalan, impacted every aspect of her life. And while she has spoken about visits to India during her book tour, Harris on the trail has leaned far more into the African American identity her mother raised her to embrace.