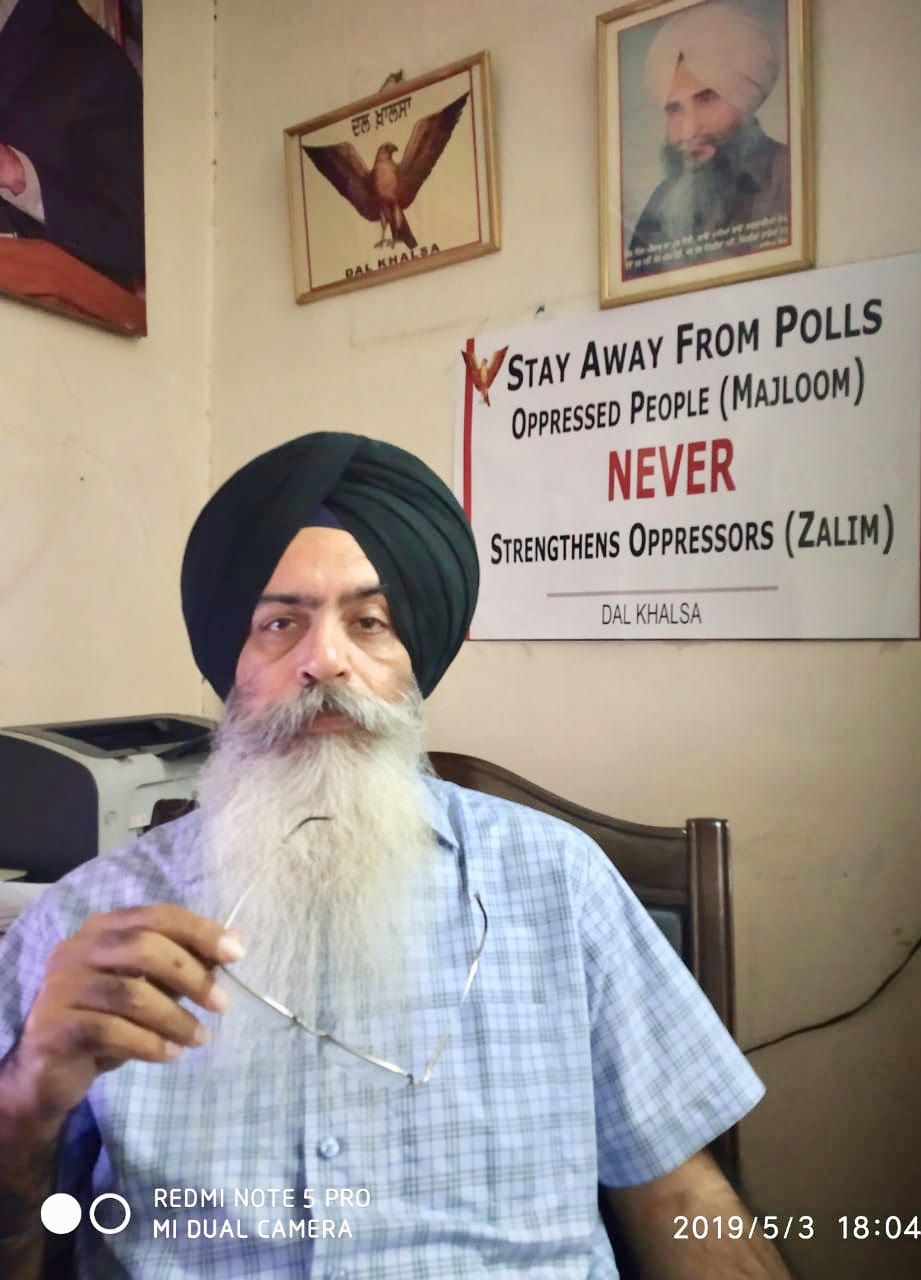 Party spokesman Kanwar Pal Singh was responding to Sirsa’s statement in Uttar Pardesh where he said Rajiv was not only the most corrupt prime minister but was also the biggest mob lyncher, in reference to his role in engineering Nov 1984 massacre of Sikhs. In obvious reference to Gujarat 2002 pogrom, Dal Khalsa leader blamed Modi- the then state CM for engineering the mass killings of Muslims. Under his regime in five years, Muslims and Dalits were slaughtered by saffron brigades under the garb of cow vigilante’s.

Taking a jibe at him, he said “Sirsa has double relations with mob lyncher Modi”. First, he had won the MLA seat on BJP ticket. Second, his party is in alliance with the BJP at national and state level.

Both Rajiv and Modi have same dreadful image of mob lynchers, responsible for slaughtering of minorities, said he and added cursing one mob lyncher and aligning with another reflects Sirsa’s sheer duplicity. “If Akali Dal, wants to regain its lost moral authority to snub and challenge Congress on 1984 genocide issue, the party will have to jump out of BJP’s bandwagon, as like Congress, the hands of saffron party leaders too were dipped in the blood of innocents”.

He said there was public perception that the judiciary and the ECI were independent institutions of India. However, the recent developments have proven that they aren’t. The present Chief Election Commissioner is controlled by Modi and the judges have taken up the role of the state, said he.

On ensuing polls, he said the Dal Khalsa has resolved to boycott parliamentary elections. Without right to self determination, elections are meaningless, said he. He further said solution to Punjab problem lies in referendum under UN and not elections under Indian dispensation.

Justifying their boycott decision, Kanwar Pal Singh said it’s not a dreadful dragon but a democratic exercise to reject the existing electoral system. We are neither against democracy nor democratic values. He said just as an option has been given to every voter to reject all candidates of his or her constituency by pressing NOTA button, similarly our call for boycott was a collective rejection of the system that lures but don’t deliver.