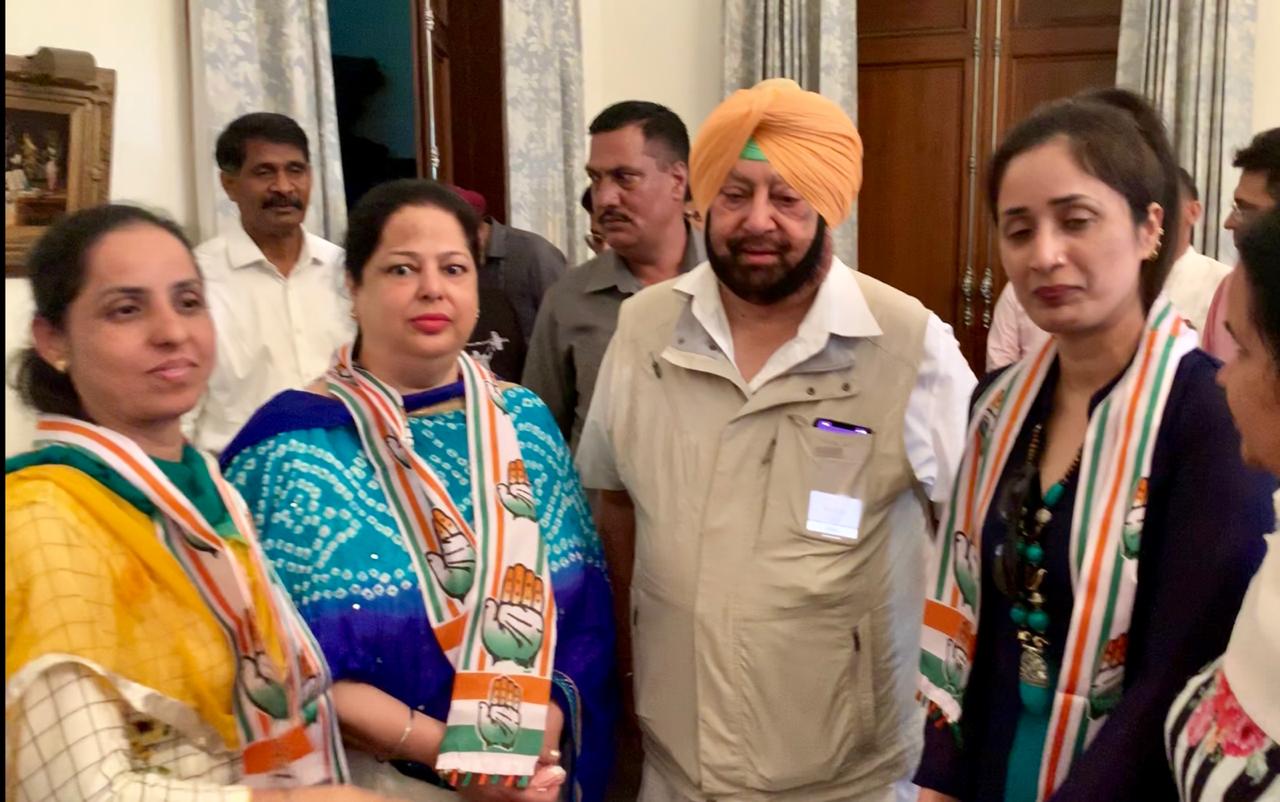 In a major blow to Nawan Punjab Party’s candidate from Patiala, Dr. Dharamvira Gandhi, his party’s Patiala District President Manjit Kaur on Friday joined the Congress along with her supporters, in the presence of Captain Amarinder Singh.

Congress Patiala candidate Preneet Kaur was also present on the occasion, which Chief Minister Captain Amarinder described as another sign of the overwhelming support for his party across Punjab, and the mood of the people in Patiala.

Confident of a clean sweep by the Congress under Mission13, the Chief Minister, who had been campaigning here for his wife Preneet for the last two days, said the development works done by his government would be a decisive factor in the polls, scheduled to be held on May 19. All other parties and political alliances, including SAD, AAP and Punjab Democratic Alliance, would be completely wiped out, he declared.

Manjit Kaur, who was with AAP before joining NPP, expressed her gratitude and thanked the Chief Minister for giving her the opportunity to serve Patiala. “I was disenchanted with the arbitrary and rudderless functioning of PDA, and so decided to serve the city’s interests by joining Congress party. Unlike AAP and PDA, Congress stands for secularism and inclusivity,” she added.