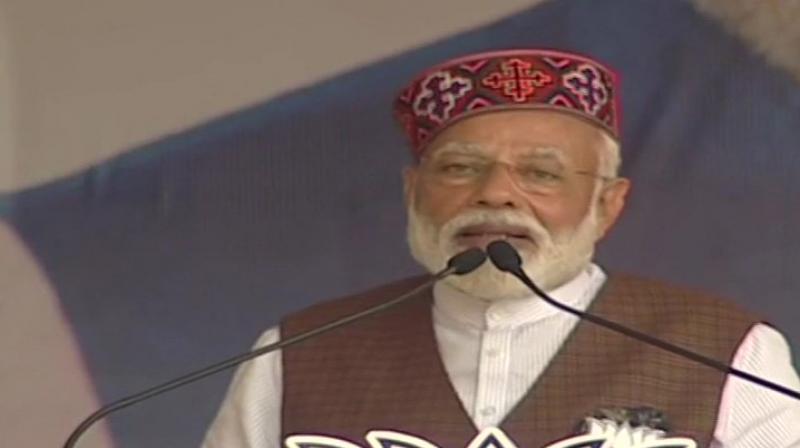 Shimla: Prime Minister Narendra Modi Friday targeted the Congress over the anti-Sikh riots in 1984 and brought up the Balakot air strike against Pakistan in his first rally in Himachal Pradesh for the Lok Sabha elections.

Addressing a meeting in Mandi, Modi also accused the Manmohan Singh-led Congress government of misleading former soldiers over the one rank, one pension scheme.

He said his BJP government had implemented OROP in the real sense. He urged people to ensure a hat-trick for the Bharatiya Janata Party, following its victory the 2014 parliamentary polls and the 2017 assembly elections.

Himachal Pradesh Chief Minister Jai Ram Thakur, former CM Shanta Kumar and other state BJP leaders attended the rally. BJP MP Ramswaroop Sharma is seeking re-election from Mandi. He is pitted against former Union telecom minister Sukh Ram’s grandson Aashray Sharma, who is the son of a BJP leader but his grandfather is now back with the Congress.