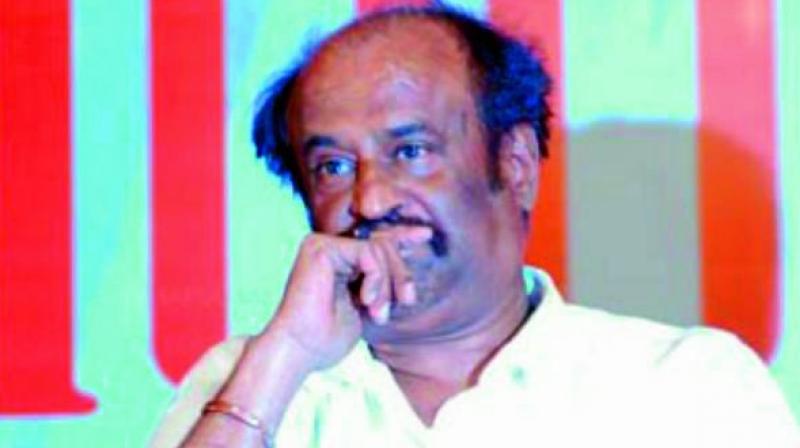 Chennai: Tamil ‘superstar’ Rajinikanth Friday said his formal political entry will coincide with the next assembly polls in Tamil Nadu.

The remarks virtually reiterate his earlier announcement that he will float a party by the next assembly polls in Tamil Nadu, due in 2021, and contest from all the 234 seats.

“Whenever the assembly elections are held,” was the actor’s brief response to a question as to when his political entry was expected.

Asked if he would take a decision based on the outcome of bypolls to 18 assembly segments held on Thursday along with 38 Lok Sabha seats, Rajinikanth said he will respond after the results are out. To a question if the results may lead to assembly polls in the state and whether he would then face them, the actor shot back, “Ready to face, whenever they are held.” The outcome of the bypolls to a total of 22 assembly segments in Tamil Nadu could decide the continuance of the AIADMK government in the state.

The bypolls to four other seats will be held on May 19. In the 234-member House, the K Palaniswami government has 113 MLAs, excluding the Speaker. It needs a simple majority of 117 to continue. All eyes are on the outcome of the bypolls, as a loss for the AIADMK could well lead to the next assembly polls. In December 2017, the superstar had announced that he would take the political plunge and contest the next assembly polls in the state whose politics is dominated by Dravidian majors-the DMK and AIADMK.

Since he made his announcement on December 31, 2017, speculations had often been rife about the launch of his political party, although ‘Rajini Makkal Mandram’, a forum seen as a forerunner to his political ambitions, is in vogue. Even in the past, the actor had dropped hints of taking the political plunge, but it was only in 2017 that he made a definitive statement on launching his own political party. To a question on whether Prime Minister Narendra Modi will get a second term, he said it will be known on May 23, the counting day.