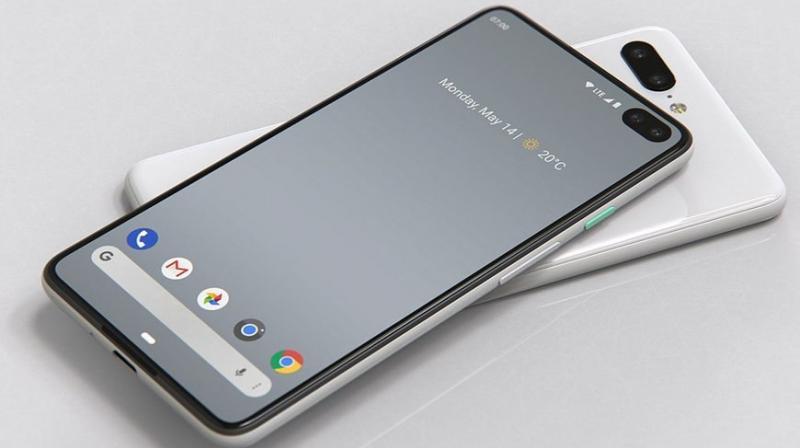 May is traditionally a time when school kids are on vacation and parents are trying their level best to ensure that work and family time is well-juggled. With smartphones being a tool to gain insight into the best possible activities for your kids or for you to just zone out and kick it with a few games of PUBG, there is never the need for an occasion to actually purchase a smartphone. Recognizing the needs of consumers, at this time period, smartphone manufacturers from across the globe are readying to launch their latest products.

With the first slew of smartphones already being announced, the world is now awaiting the second onslaught of devices that are expected to launch in May. Brands like Google, OnePlus, Redmi and more are all preparing to launch their latest and greatest. Below we look at some of the handsets that could be launched this month.

The upcoming flagship from HMD Global has been teased and with Nokia hosting an event in India, it is widely expected that the Nokia 9 Pureview will finally make its first appearance on our shores. The smartphone is as unique as unique gets as it comes with not three or four cameras at the back but a Penta camera layout. This is by far the smartphone’s biggest selling point. Nokia handsets have long been known as having capable shooters due to their use of Zeiss optics and the Pureview is no different.

The Nokia 9 Pureview comes with five rear cameras all comprising of 12MP shooters. HMD Global has shared that two of the five sensors are RGB sensors while the rest are monochromatic sensors. Also, we find a 3D ToF sensor on the handset. The front-facing camera is no slouch either with HMD Global adding a 20MP shooter up front with HDR support.

The handset features a 5.99-inch OLED display with a QHD+ resolution and will include an in-display fingerprint sensor for authentication. The handset comes with Qualcomm Snapdragon 855 SoC which is clocked at 2.8GHz making it quite a beast. The battery is the only area where the handset is lacking in comparison to flagship devices as it features a lowly 3320mAh battery. However, for good measure, the handset is capable of supporting 18W fast charge.

After releasing banger after banger, OnePlus is gearing up to launch the OnePlus 7 Pro at a special event in New York. This handset will come with state of the art technology including a QHD+ display with a 90Hz refresh rate. With this feature in tow, the HDR10+ screen will be buttery smooth and fall in the gaming smartphone category, giving competition to not just flagship handsets but also gaming handsets with tricked out hardware. Also, we expect the handset to feature stereo speakers but we aren’t quite sure how they will place it since the face of the OnePlus 7 Pro is an all-glass affair.

As far as optics go, the OnePlus 7 Pro will come with three rear cameras which are said to comprise of a wide sensor, an ultra-wide lens and a telephoto lens. The last mentioned sensor is confirmed to feature a 3x zoom while the main sensor will be a 48MP shooter. A notable absentee on the device is the fingerprint scanner on the rear. This feature was removed with the OnePlus 6T and it only makes sense that the OnePlus 7 series will not come with it as well.

Under the hood, the OnePlus 7 Pro will come loaded with a Snapdragon 855 chipset and it’s starting price is believed to be USD 700 which is about Rs 48,500.

At Google I/O 2019, the search giant is set to unveil its first smartphones of 2019 and these are expected to be the Google Pixel 3a and 3a XL. These handsets are lite versions of the Google Pixel 3 that launched last year and while it may not come with flagship specs, it will offer the best hardware where it matters the most — cameras.

The Google Pixel 3a and 3a XL thankfully don’t come with an unsightly notch but with a chin and forehead that adds a bit of class to a segment that’s currently dominated by notches, cutouts and whatnots. As of right now, the specs haven’t been officially revealed but rumours claim that the 3a XL will come with a 6-inch FHD+ display, a Snapdragon 710 SoC, a 12.2MP rear camera, an 8MP front-facing camera, 6GB RAM and 64GB onboard storage. There will be a USB Type-C port with support for 18W fast charging for the 3700mAh battery.

The Pixel 3a is expected to feature identical specifications except for the screen size which is trimmed down to 5.6-inches. The battery here is expected to be 3000mAh and it too should come with fast charging.

The Pixel 3a and 3a XL will come in three colour options — Just Black, Clearly White and Purple-ish.

The Samsung Galaxy A80 has already been announced overseas and it is expected to launch in India this month. The Galaxy A70 is currently the brand’s highest-end A-series device and with the launch of the A80, it will get a higher-end sibling. The Galaxy A80 features a unique camera mechanism where it not only pops-up but also rotates to capture selfies. When users select the selfie mode in the camera app, the three cameras automatically pop-up from the back of the phone and rotate. The camera mechanism delivers the same triple camera experience with the same lens, front and rear, so you never have to sacrifice on quality.

Enabled by the rotating camera, people can experience an uninhibited view with Samsung’s first New Infinity Display which measures at 6.7-inches and features an FHD+ Super AMOLED screen. The Galaxy A80’s 3,700mAh battery and its Super-Fast Charging at 25W capabilities keep you connected for longer. Lastly, you can experience 360-degree audio experience with earphones or speakers because of Dolby Atmos which is featured here.