US House panel threatens action to get Mueller report documents 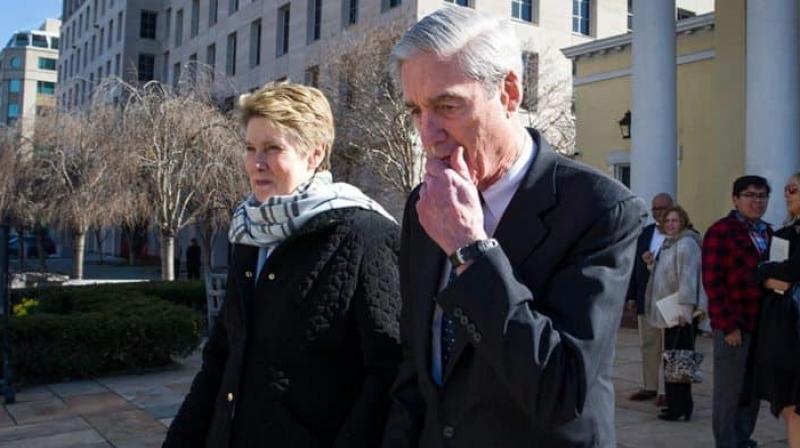 Washington: US House Intelligence Committee chairman Adam Schiff said on Thursday the committee plans to take “enforcement action” to compel the Department of Justice to provide it with documents after Attorney General William Barr disregarded its subpoena.

The Democratic-led committee asked the department to provide “a dozen narrow sets” of foreign intelligence and counterintelligence documents related to Special Counsel Robert Mueller’s assessment of Russian involvement in the 2016 US election by Wednesday, May 15, as an expression of good faith, Schiff told reporters.

“The deadline came and went without the production of a single document, raising profound questions about whether the department has any intention to honor its legal obligations,” he said.

Schiff had issued a subpoena to the Justice Department last week to obtain Mueller’s unredacted report, in addition to other material and documents gathered during the 22-month investigation.

As a result, the committee will have a business meeting next week to consider next steps. Schiff declined to elaborate on whether that meant holding the department in contempt of Congress, saying the panel would confer with the House of Representatives’ general counsel.

A Justice Department spokeswoman did not immediately respond to a request for comment on the missed deadline, or Schiff’s assertion that Trump, a Republican, was stonewalling Democrats after providing more than a million documents to Congress when his fellow Republicans controlled the House.

“They have not yet provided any explanation for that apparent hypocrisy. So we’re moving forward reluctantly. We hope the department will reconsider, but they are providing us little choice but to pursue legal enforcement,” Schiff said.

Schiff said he hoped the department would reconsider, but was prepared to act.

“We still hold out a small but vanishing hope that the department will follow its legal obligations. But it is certainly my sense that this is a top-down instruction from the president to stonewall every congressional request no matter how reasonable,” he said.

Schiff also said that the committee would hold a separate business meeting on Monday evening, after which he hoped to release recent testimony by Trump’s former personal attorney, Michael Cohen.

Cohen reported to prison on Monday to begin a three-year sentence for his conviction on charges of arranging hush payments to two women who said they had sexual encounters with Trump, financial crimes and lying to Congress.