We will win, we are talking to DMK: Tamil Nadu BJP president 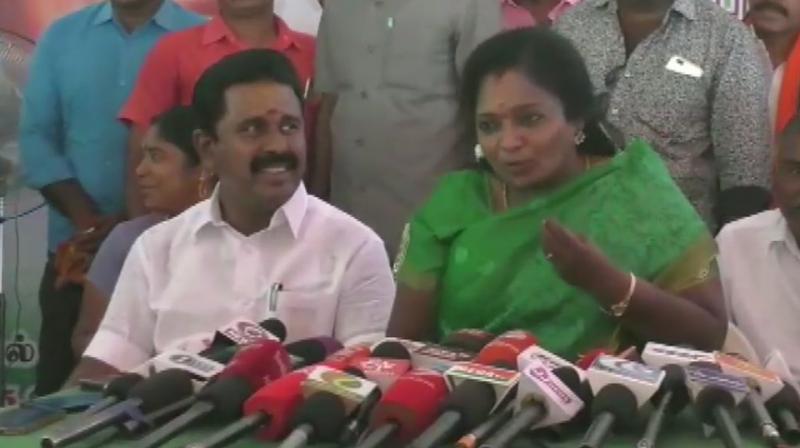 Chennai: Hours after DMK chief M K Stalin’s statement that there was no chance of a non-BJP, non-Congress front, Tamil Nadu’s BJP president Tamilisai Soundararajan said her party was in contact with the DMK.

“They are talking through somebody and establishing contact. BJP is all set to win, all poll predictions point to BJP’s victory, wherever you go BJP is winning,” she added.

Her comments are in contrast to DMK President M K Stalin’s statement that he saw no chances for a non-BJP, non-Congress “third front” post Lok Sabha polls, but a decision could be taken only after May 23, the counting day.

Stalin made those remarks after meeting TRS supremo and Telangana CM K Chandrasekara Rao, who has been pushing for a non-Congress, non-BJP federal front of regional parties.