You have made IAF jets your ‘own taxi’: Congress to Modi 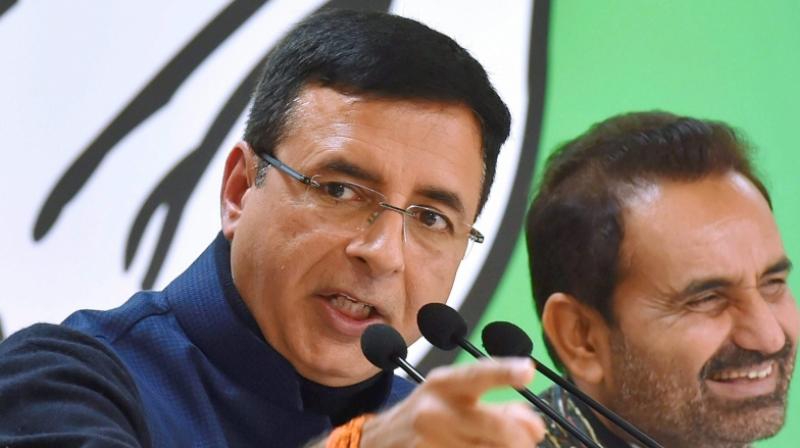 New Delhi: The Congress on Thursday accused Prime Minister Narendra Modi of making Indian Air Force jets his “own taxi” and paying “as low as” Rs 744 for using IAF aircraft for election trips.

Congress’ chief spokesperson Randeep Surjewala cited a media report to attack the prime minister. “Distraction and fakery is your last resort. You have made Indian Air Force jets your own Taxi! You have paid as low as Rs 744 for using IAF jets for election trips!” Surjewala said. “Scared of your own sins haunting you, you are shamelessly pointing fingers on others!” he said, in an apparent reference to Modi’s allegation that the late Rajiv Gandhi used INS Viraat as a “personal taxi” on a family vacation.

The media report, based on an RTI, said the Bharatiya Janata Party (BJP) paid a total of Rs 1.4 crore to the IAF for 240 “non-official domestic trips” made by Modi since the start of his tenure as prime minister till January 2019. “In some cases, the amount paid seemed to be quite low.