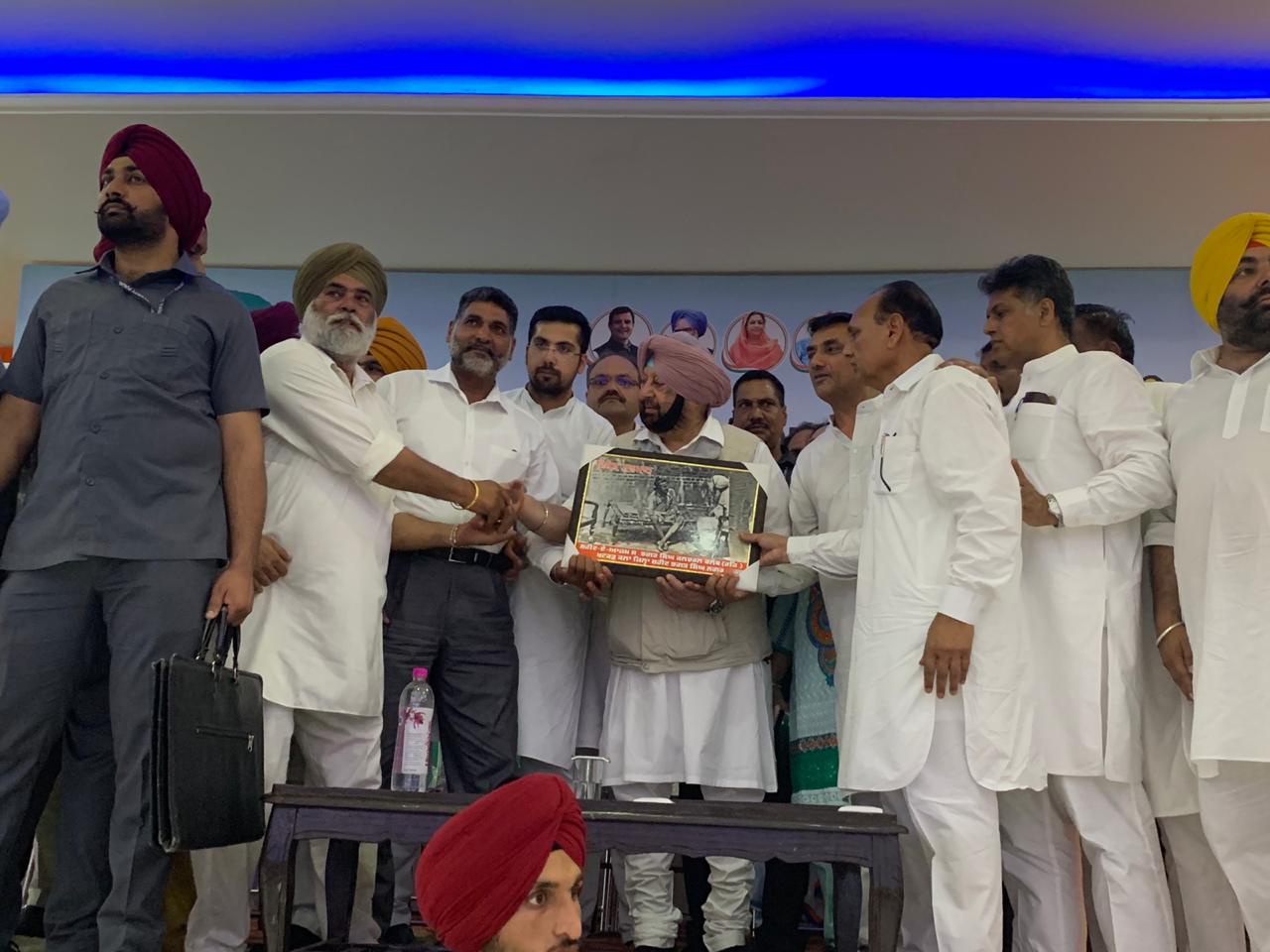 Khatkar Kalan, May 6: Empathising with the problems of the state’s distressed farmers, Punjab Chief Minister Captain Amarinder Singh on Monday announced his government’s decision to allow sowing of paddy a week ahead of the scheduled June 20.

The farmers will be allowed to sow paddy from June 13, the Chief Minister announced at a rally here in support of Congress candidate from Sri Anandpur Sahib.

Captain Amarinder also announced that the Electricity Board will pay compensation to those farmers whose crop had been damaged due to electrical sparking from the main lines during the recent unseasonal rains. Pointing out that a special girdawari was already under way to assess crop damage due to the rains, the Chief Minister said losses due to fires caused by any other reasons will be compensated from his own relief fund. “We will compensate each and every farmer,” he promised.

Kick-starting his campaign for the Lok Sabha elections in the state from “this land of martyrs”, Captain Amarinder reiterated that his government would build a memorial for all Punjabis who had laid down their lives during the independence struggle, many of whom still remained unknown.

On the issues of farmers, the Chief Minister made it clear that his government would not allow any value cut on MSP by the central government. He had already written to the prime minister on this issue and would pursue it personally.

Even as he came down heavily on the Centre for failing to support the state government’s farm debt waiver scheme, the Chief Minister lashed out at the Modi government for diverting 4 lakh gunny bags (16,000 bales) to Haryana to create problems for Punjab, which was expecting a bumper wheat crop this season. “They should be ashamed of themselves for penalizing the poor farmers for their political ends,” he declared.

Captain Amarinder once again lambasted Narendra Modi for trying to take personal credit for the Balakot air strikes, saying the prime minister had not done anything. “Was he there in 1965, 1975 or Kargil,? asked the Chief Minister, pointing out that it was Indira Gandhi who did ‘tukdas’ of Pakistan by breaking it into two pieces in 1971 and gave full credit to the Indian Army and Field Marshal Manekshaw.

Indira had attributed the victory to the valour of the Army, which is what Modi should have done now, he added.

Surgical strikes, he said, was just a new jargon (a jumla like others the BJP had come out with) for the cross-border raids which had been happening since the last 70 years. Modi was simply trying to usurp the courageous acts of the Defence Services of the country, said the Chief Minister, adding that it was India’s Army and nobody’s personal possession.

Flaying the Akalis over the spate of sacrilege cases in the state during their rule, Captain Amarinder vowed, amid slogans of ‘Jo Bole So Nihal’, that he would not spare anyone found guilty of such shameful acts. “They will have to pay for their misdeeds,” he warned.

The Chief Minister lashed out at the Akalis for their total failure on all fronts, noting that his government filled up 40000 vacancies that the previous government had failed to fill. In two years, as many as 8.25 lakh jobs had been given, averaging more than 1000 jobs a day, he announced, explaining that it was not possible to give government jobs to everyone and, hence, many youngsters were being facilitated in getting employment in private sector.

Asserting that his government still had three more years to go, Captain Amarinder said every single promise made by him and his party would be fulfilled, and Punjab would once again be back in the top league of India’s states.