Give PM’s abandoned wife tribute by not voting Modi: Mayawati to women 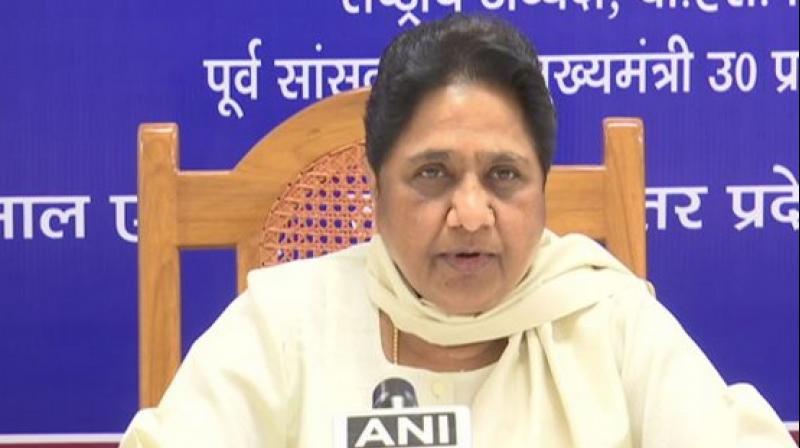 Speaking to ANI, Mayawati said, “I came to know that in BJP, married women are worried when they see their husbands meeting Modi as they fear that Modi may separate them from their husbands, just the way he left his own wife. I appeal all women not to vote for Modi, this would be a true tribute to Modi’s wife who was abandoned.”

Unleashing a personal attack on the Prime Minister, Mayawati claimed that Modi left his wife for vested political gains.

Citing the gangrape of a Dalit woman in Alwar, Mayawati said that Prime Minister Modi was initially silent on the issue and only spoke on it after she raked up the matter.

“The Prime Minister remained silent on the Alwar gangrape, however, after I spoke on the matter he started to do his filthy politics for political gains. He doesn’t know how to respect the sisters and daughters of others as he has left his own wife for his vested political interests.”

The BSP chief went on to claim that the Prime Minister remains silent on matters of atrocities against Dalits.

“In matters related to atrocities against Dalits, Prime Minister has never spoken openly or taken such incidents seriously. He has never asked for resignation or even clarification from the chief ministers of BJP-ruled states in matters related to Dalit atrocities,” said Mayawati. “In the case of Rohith Vemula, he never asked for resignation or clarification from his minister. He has also never offered his resignation or taken moral responsibility in any such cases of atrocities against Dalits.”

She also stated that the Prime Minister has no values. “For breaking the ‘gathbandhan’ he referred me as respected ‘behen’ ji but as soon as he got a strong reply and came to know that he will not be able to break the alliance, he started calling me ‘bua’ and Akhilesh Yadav ‘babua’. Modi has no values. All those who have values, no matter from which party they are, refer to me as ‘behen ji’, even my mother and father call me ‘behen ji’. Like people call Mulayam Singh Yadav ‘netaji’ they call me ‘behen ji’ out of respect.”

A woman was allegedly gang-raped by five men while her husband was beaten up in Thanagaji area of Alwar district in Rajasthan on April 26. A video of the incident was shot by the perpetrators, who threatened to make it public if the matter was reported. The couple reported the matter to Police much later on May 2.