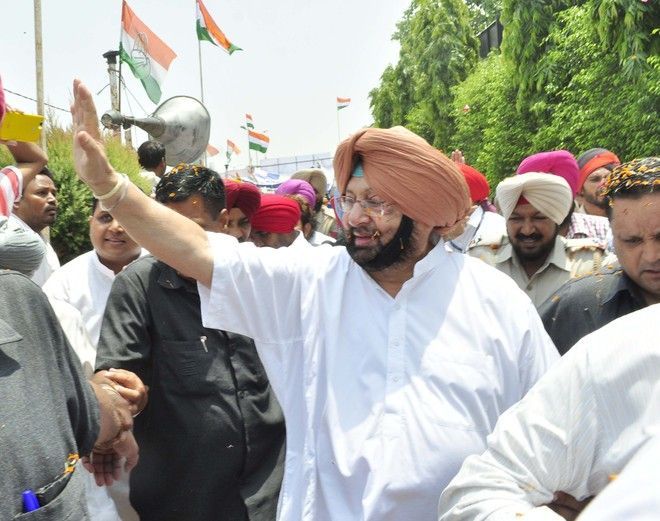 Chandigarh, May 13 : Warning of strict action against those responsible for an act of desecration in Sangrur district, Punjab Chief Minister Amarinder Singh on Sunday said the divisive forces that had tried to polarise the state ahead of the state Assembly elections in 2017 were rearing their heads again.

Directing the police to identify and arrest the culprits involved in the burning of a ‘bir’ (copy) of the Guru Granth Sahib in Hathoa village, the Chief Minister said the deliberate act of mischief was part of the series of similar events that had occurred in the state in the run-up to the Assembly polls.

It was obvious that the same forces that had sought to destroy the state’s secular and peaceful fabric before the Assembly elections were trying, once again, to polarise the Sikh votes in their favour in their desperate bid to win the ongoing Parliamentary elections, the Chief Minister said in a statement.

The incident on Saturday, coming just days before the state holds Lok Sabha polls, had obviously been perpetrated with an eye on the Sikh vote bank, but this strategy had failed in 2017 and would fail again, he warned.

The Special Investigating Team (SIT) probing the Bargari and Behbal Kalan sacrilege cases had been tightening the noose against those responsible for the dastardly acts, before the Akalis, supported by the Bharatiya Janata Party (BJP), obstructed the process, he said.

It was just a matter of days before the SIT is back in action, with Inspector General of Police Kunwar Vijay Pratap Singh, to nail the guilty who had committed the many acts of sacrilege back then, and were quite obviously trying to fan communal passions once again, he added.

The Chief Minister said the latest such incident was a crude attempt by divisive forces to take law and order into their hands.

He said he had directed the police to beef up security at and around all religious places in the state to prevent the recurrence of such incidents leading up to the Lok Sabha polls in Punjab on May 19.